Room to improve the Spenard Road 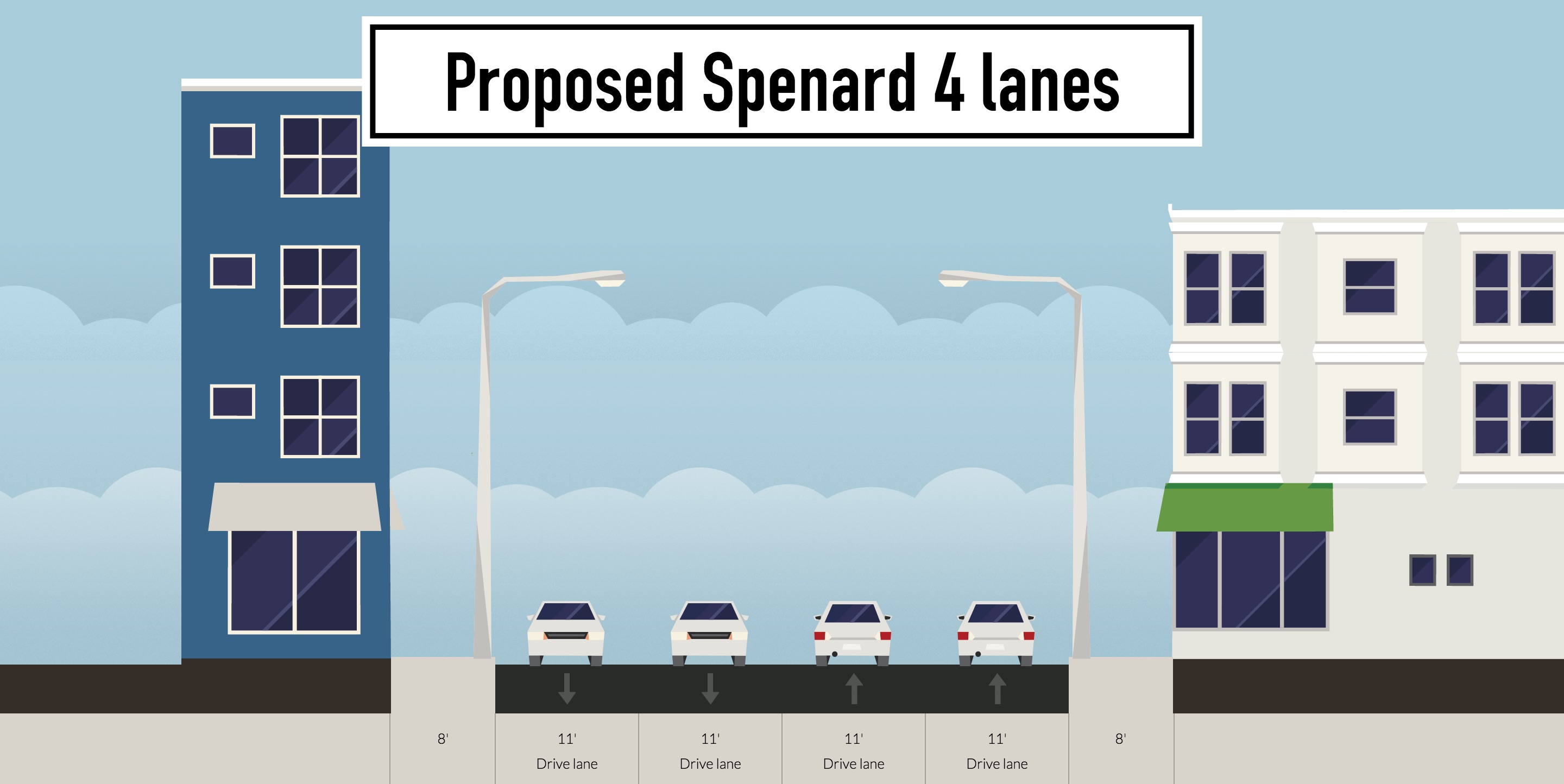 It's been a long time coming but the northern portion of the Spenard Road is close to being redone! However, there's still a long way to go to make the roadway safe for people on bikes, on foot, and in cars. Right now the proposed "bikeway" disappears after just a couple blocks, leaving people on bikes out of luck. 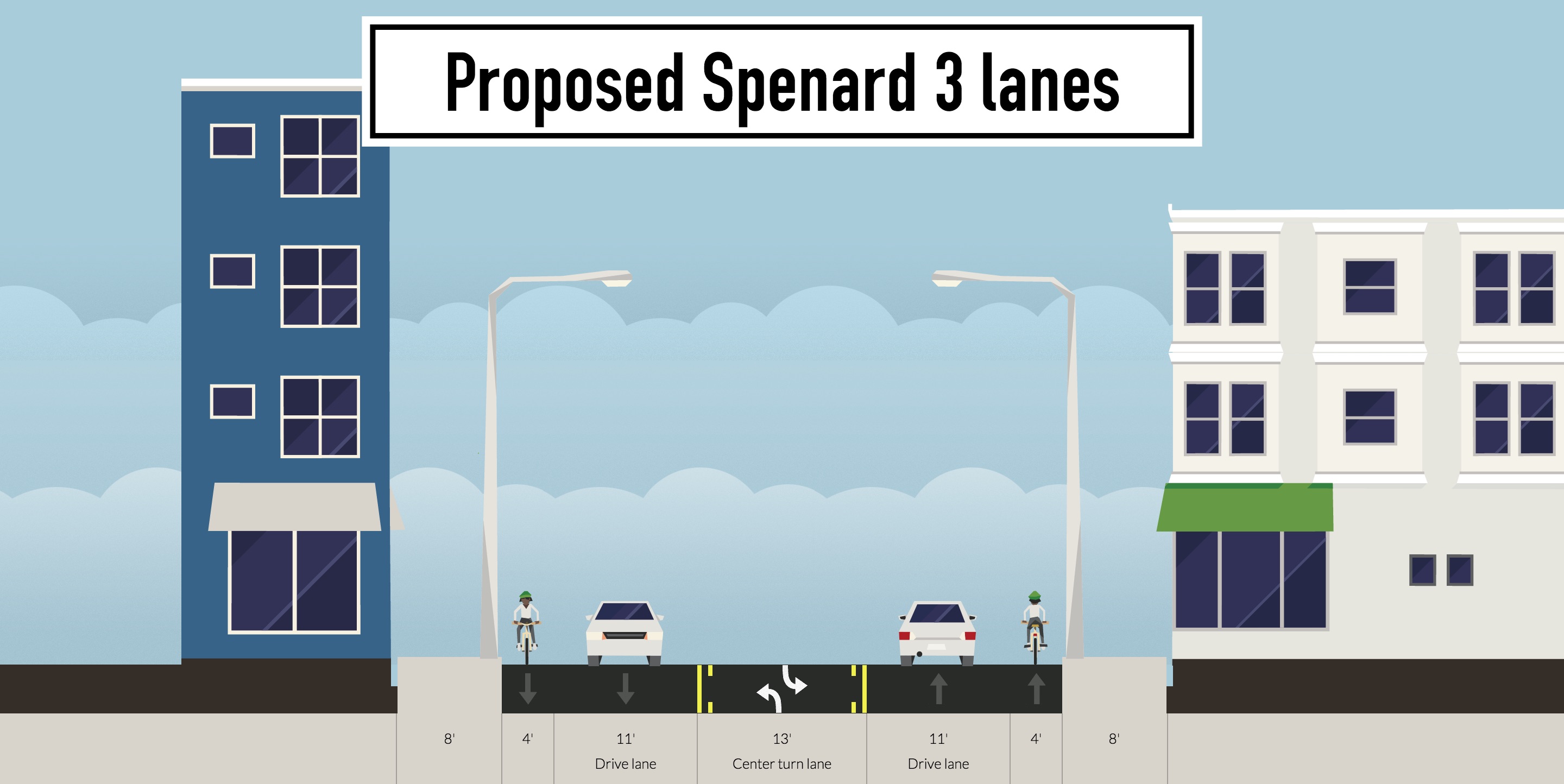 We need you to turn out to the public open house to make sure the entire corridor is safe for everyone. Attend the Spenard Road open house this week to make the best solution for Spenard!

What: Spenard Road Reconstruction Open House
When: Thursday, February 11th from 6:00-8:00pm
Where: West High School cafeteria, 1700 Hillcrest Drive, Anchorage 99509
Why: Make sure a bike lane is included for the entire stretch of road!

The Spenard Road needs to be an example for all of Anchorage for what a vibrant, accessible commercial district should look like. Unfortunately, the current design doesn't make the road safer for bicyclists and still calls for high speeds. There is a lot more that can be done to ensure that the roadway incorporates a protected bike lane and still allows for safe pedestrian and transit facilities and good traffic flow. 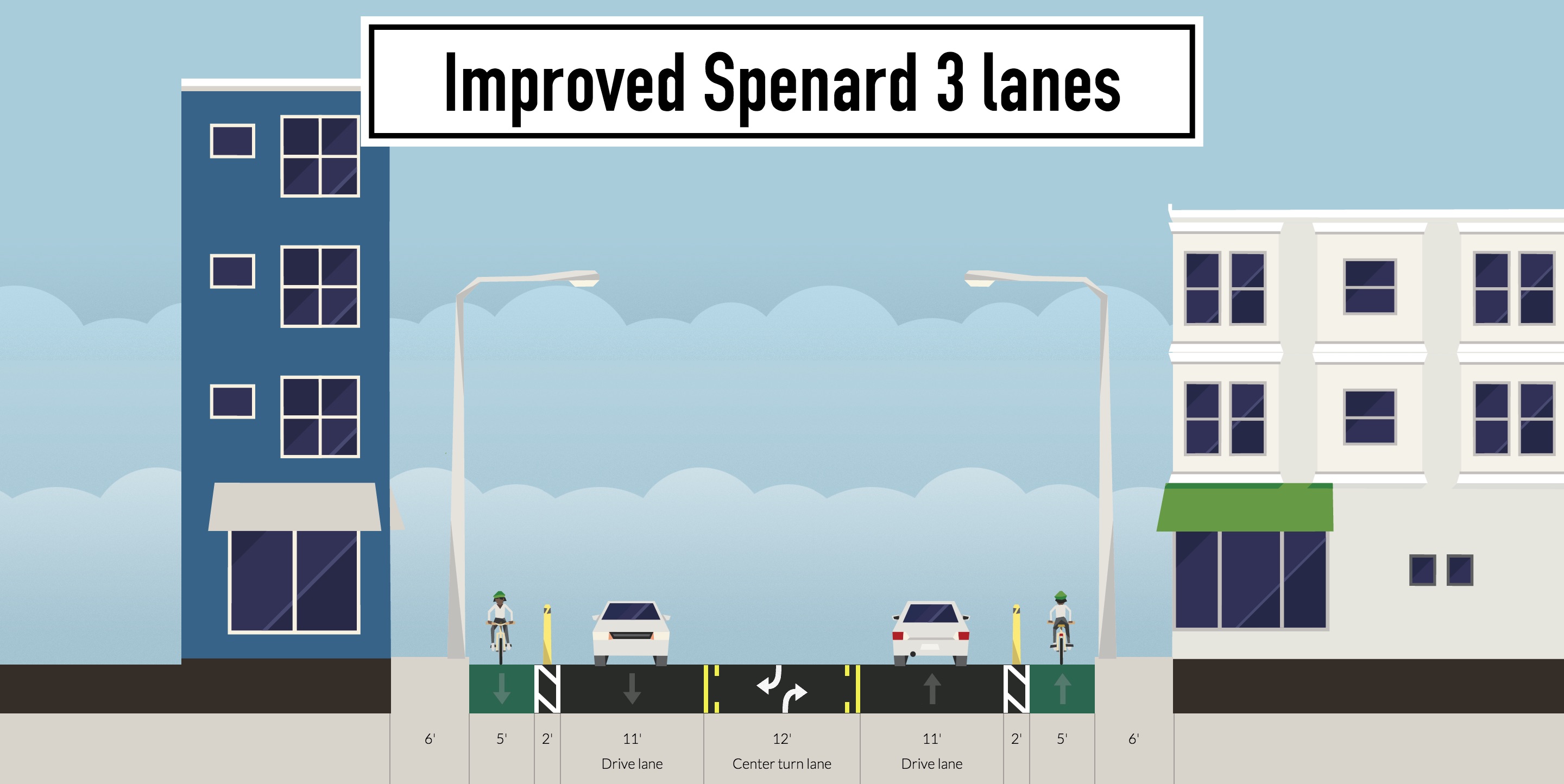 Bike Anchorage incorporate the principles of the traffic safety initiative called Vision Zero. The goal of Vision Zero is to reduce the loss of life and major injuries on roadways to zero. This bold goal can only be achieved by taking a comprehensive approach to designing safer streets, educating the public, and enforcing the best laws. Safe streets are safe for everyone – people on foot, incars, using public transit, and on bikes – and we need to get everyone on board to be successful. Here are some proposed changes to move the design for the Spenard Road (from Hillcrest to 30th) to be safest for all and allow for easy flow.

It'll also be very important to account for people on bikes heading south on Spenard Road to turn left onto 27th Avenue to access the future bike boulevard. The current proposed design does not offer a safe way for people on bikes to do that heading north or south.