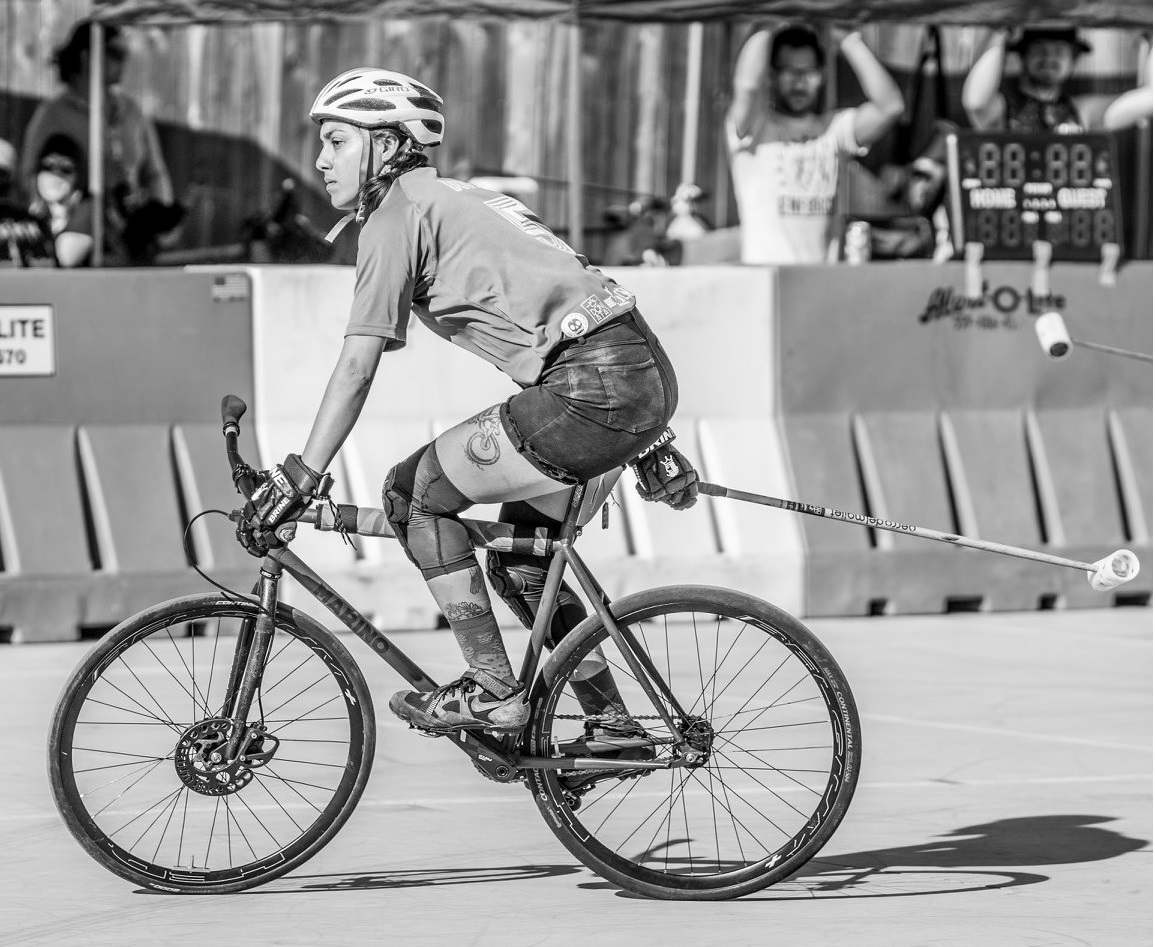 Devora learned to ride a bike when she was 21 years old. Learning to ride a bike gave her a new life: she got rid of her car and became an urban cyclist in Guadalajara, Mexico, where she was born. During law school, she worked with an association formed by private and public university students to advocate for cyclists and sustainable transportation. She later worked with the municipality of Guadalajara to prioritize non-motorized mobility for the city.

In 2015 she did an 11-month bike trip from Mexico City to Argentina, and in 2017 she started playing bike polo, a mixed-gender sport with a strong presence of WTF-NB* people. New to Anchorage, she is excited to work hard to make Anchorage a safe and bikeable city. She believes this will improve Anchorage residents’ lives and wellbeing.

The Bike Anchorage board is made up of community leaders working to ensure Anchorage roads are safe and convenient for all users. 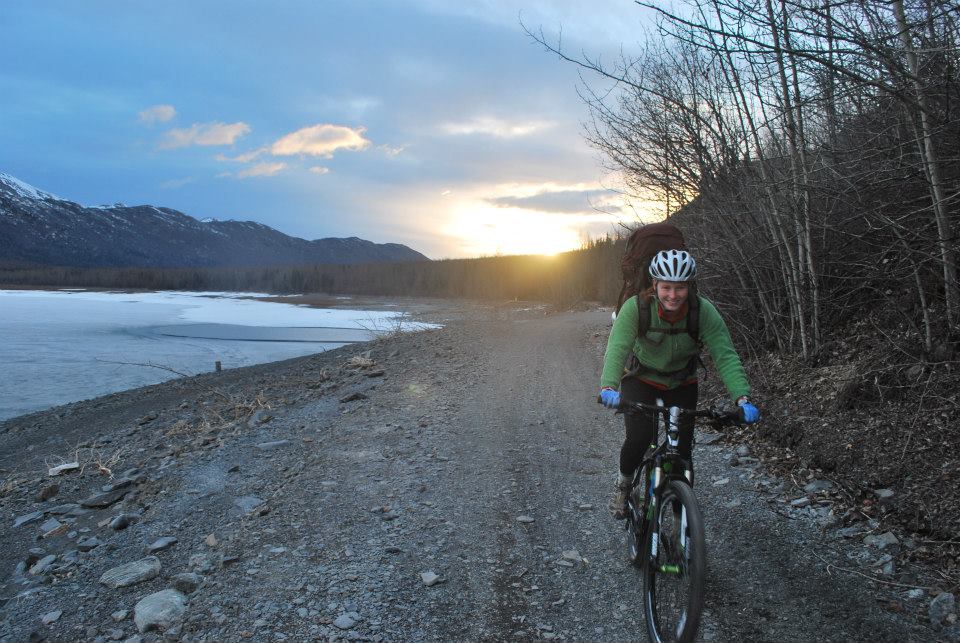 Chelsea moved to Anchorage in the summer of 2013 after living in the bike-friendly communities of Missoula, Montana and Middlebury, Vermont. In 2012 she experienced the best and the worst of bike-ability in the United States when she biked across the country as part of the Ride America for Safe Routes team. During the ride, the team simultaneously promoted and advocated for more people-friendly roads.

Chelsea works at Denali Daniels and Associates, Inc., a small consulting firm, and she rides year-round as a bike commuter, for fun, and for exercise. Chelsea believes strongly that improving bike safety in Anchorage will have a positive effect on the entire community. 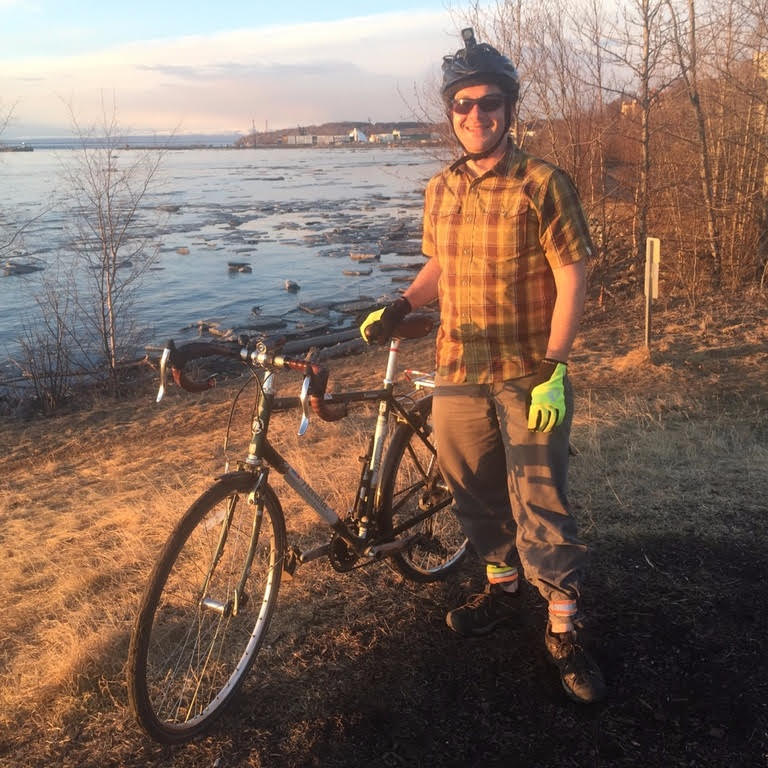 Steve began biking while studying architecture in Philadelphia and loved the convenience and freedom that is only possible with two-wheeled transportation. He is an avid road cyclist and joined Bike Anchorage in 2016 with the objective to improve and expand our bike network.
Steve spends his days as a designer and project manager for a local architecture firm, and he aims to use those skills to see bike infrastructure holistically designed, from bike racks to bike trails to a city-wide network. Steve bike commutes year round and only has a car to aid his sea kayak addiction. Steve has been on our board since 2016.
Michelle Fehribach, Secretary 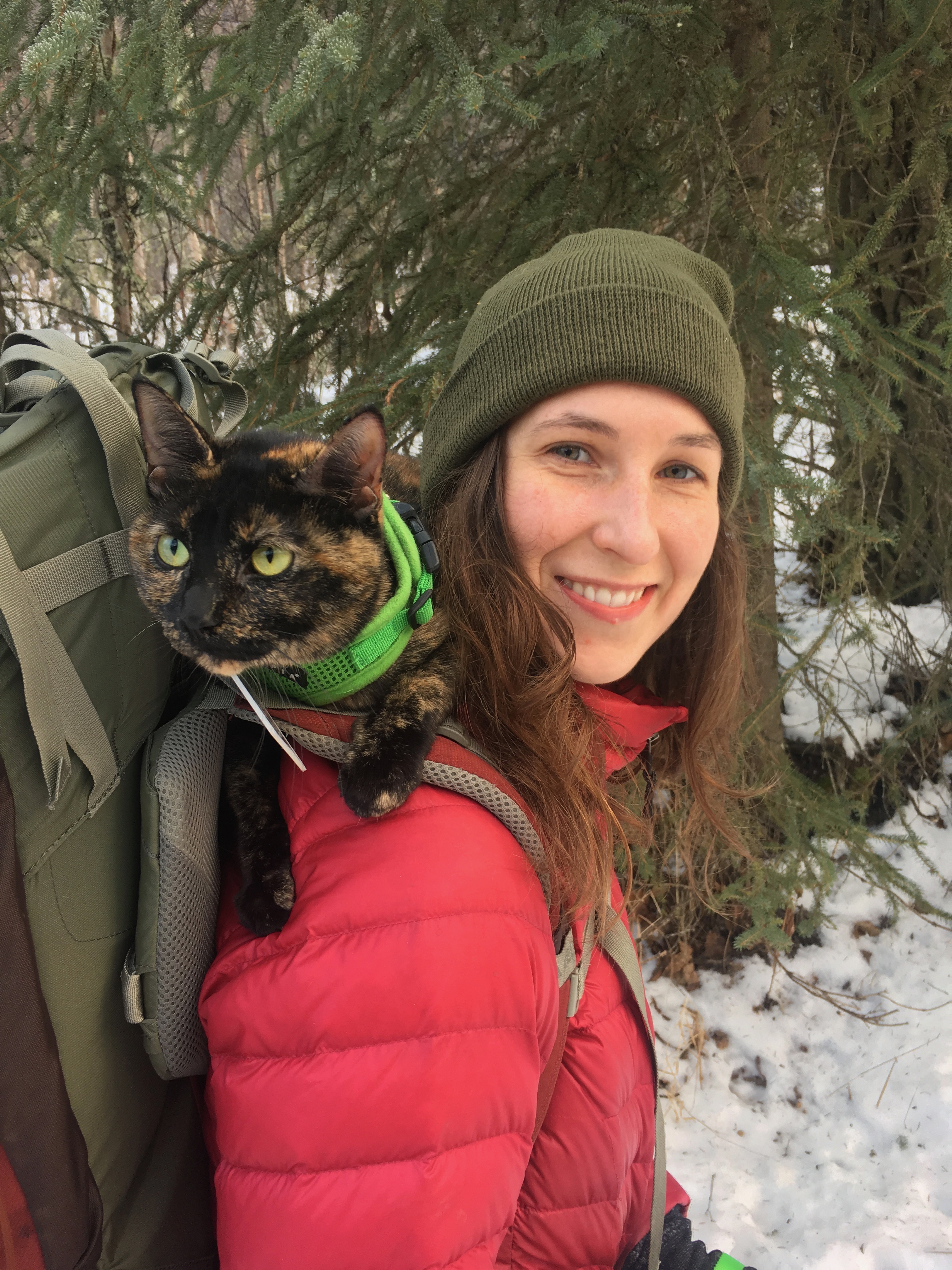 Michelle moved to Anchorage in 2014, bought a cheap, used bike, and has been bike commuting full-time ever since. She mainly bikes for transportation and fun, and periodically dabbles in mountain biking.
Michelle is excited to further Bike Anchorage's momentum towards making biking more accessible and safer for everyone. In her free time, she enjoys hiking, reading, pottery, and trying to make her cats walk on leashes. 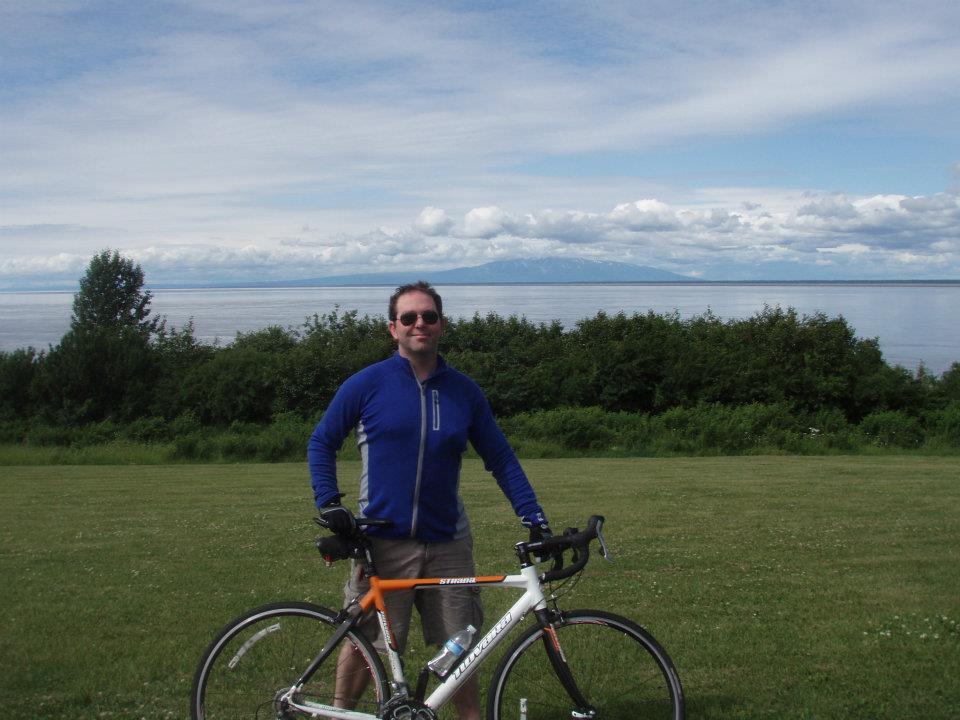 Adam began his biking days in Salt Lake City when he was 6 on a yellow Huffy BMX his mom bought him from Grand Central. He's been riding and crashing bikes ever since in the communities he has called home from Redmond WA, to Skagway AK and Chicago IL.

In 2008, Adam moved to Anchorage and began his museum career. In the 10 years at the Anchorage Museum, he has worked as Visitor Services Manager, Enterprise Director and now as the Director of Community Partnerships and Outreach. His involvement with Bike Anchorage began 5 years ago organizing a museum team for Bike to Work Day and then organizing Bike Tours as a museum program during the summers.

Adam only bikes in warmer months (he prefers skate skiing to winter bikes) and is an ardent convert to bike clips. He joined our Board in March of 2018. 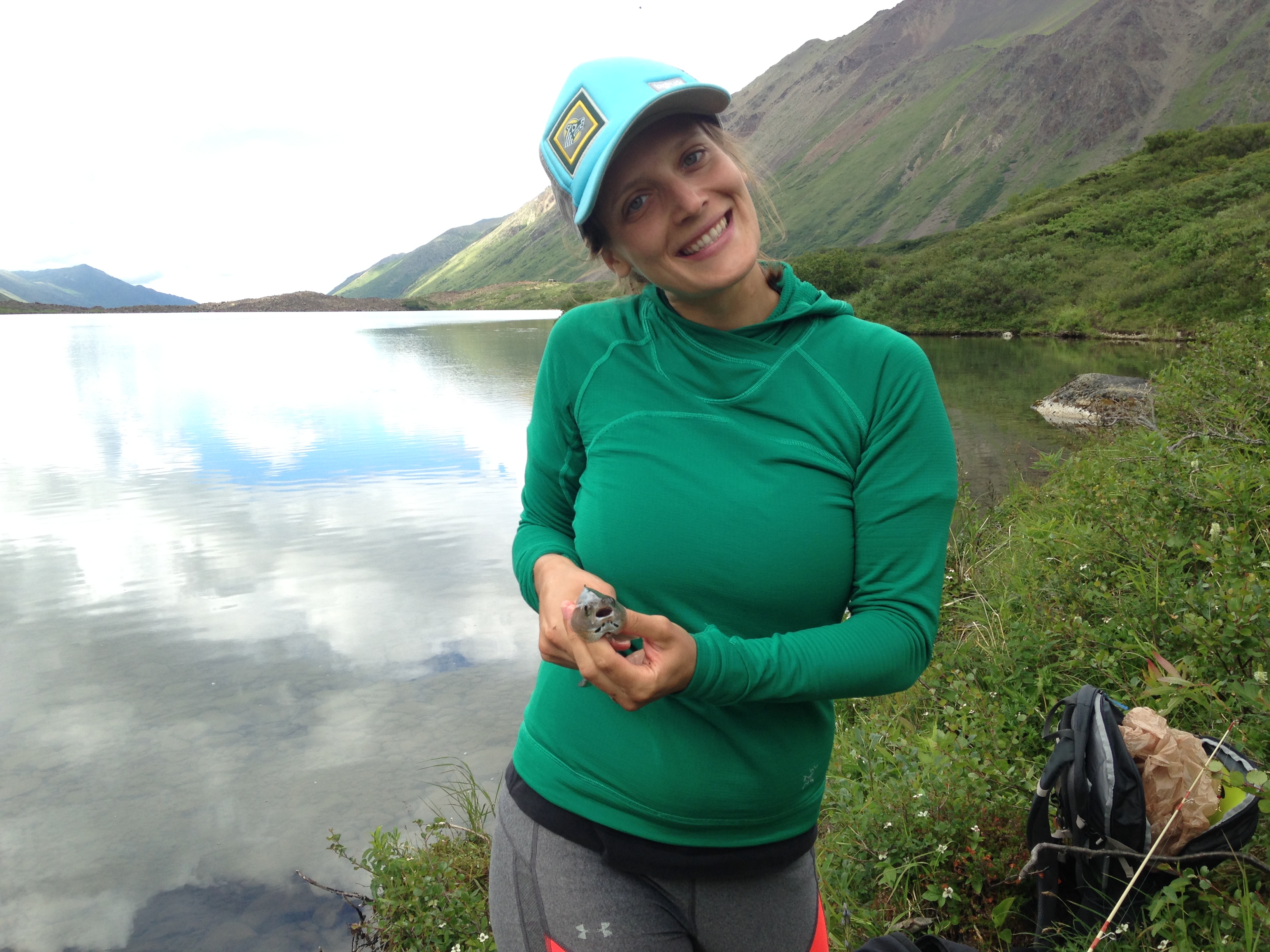 Anna was born in Budapest, Hungary. Thanks to her parents' active lifestyle, she and her sisters learned to bike at a very early age and did bike tours across Europe every summer and day trips at home to the fried fish street vendor just outside the capital. After a couple of years of necessary rebellion against biking in a headwind in the "mountains" of northern Hungary, she finally realized at the age of 14 that biking is her second favorite activity after skiing.

Growing up in Budapest in the 90s and 2000s, she saw the early days of bicycle advocacy and then later the city's efforts to create inclusive streets that serve the needs of cyclists as well as drivers and pedestrians. Though Budapest is much bigger than Anchorage, there are definitely ideas from her hometown that Anna hopes to bring to the table of Bike Anchorage, in addition to using her education as a public administration student to help create a biker-friendly Anchorage. 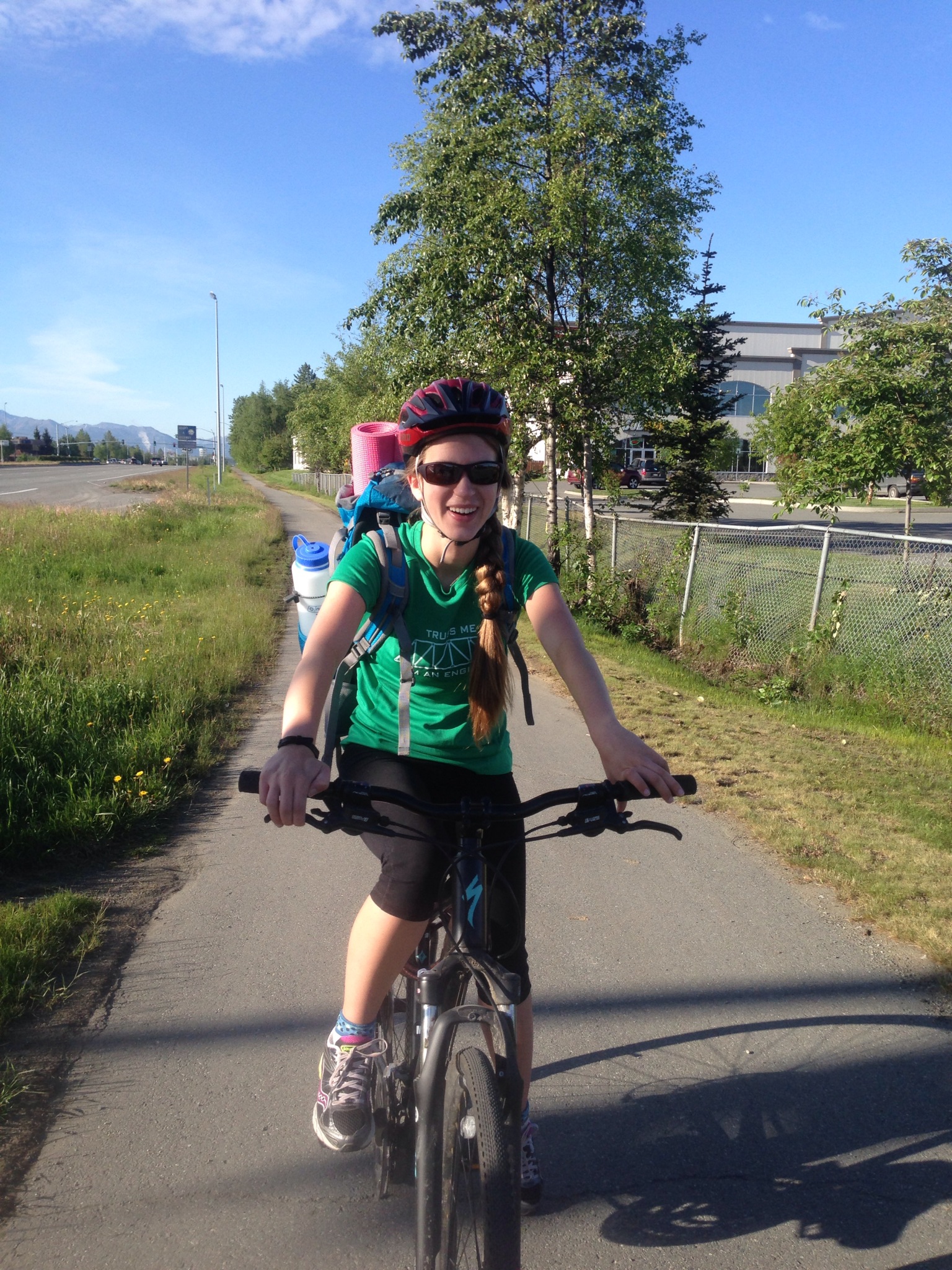 Christi first learned to bike as a kid in Anchorage, but it wasn't until spending a year in Flagstaff as an adult that she realized how much an active transportation network improves a community. She is passionate about bike education for all - bikers and drivers - and is working toward her League of American Bicyclists Instructor certification.


Christi is a year-round bike advocate and summer bike-commuter, and one of her favorite things about being on a bike is the sense of empowerment it brings.
Kelcie Ralph
Information to come!
Do you like this page?
Tweet