The National Forum on Women and Bicycling shared exciting stories about how women are making a big difference in the bike world in this country, and how to bring those experiences back to our community. Let’s start a Women Bike Anchorage! 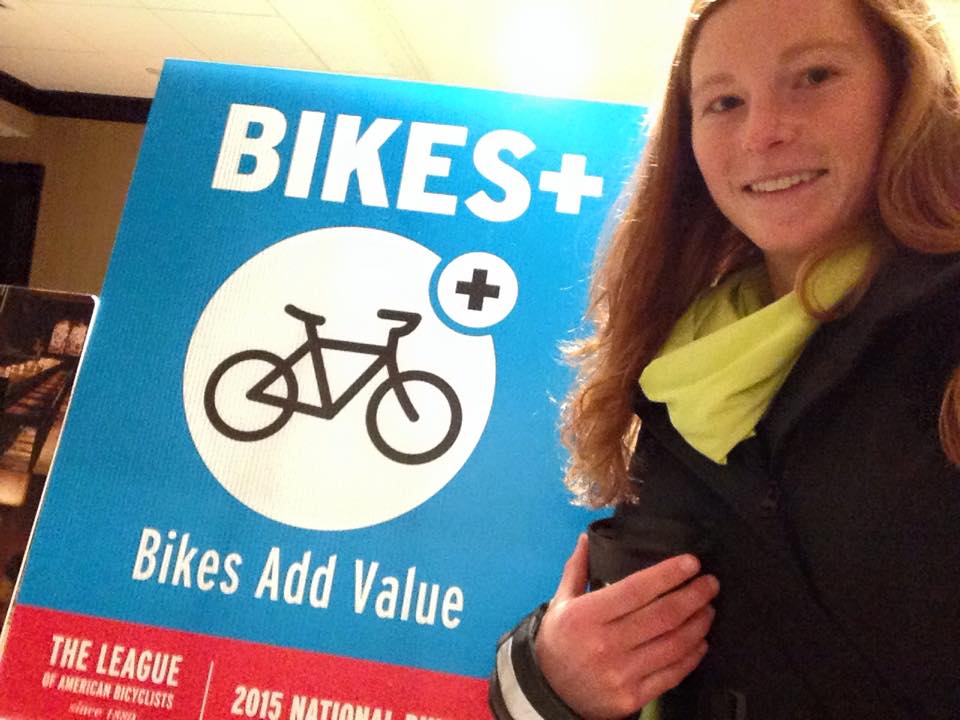 People for Bikes just released a new report based on surveying adults and children (through their parents). The report shows that 1 in 3 Americans ride a bike every year! Some other interesting numbers include: 58% of people who ride bikes are white, poorest income brackets ride the most, 60% of 3-9-year-olds ride bikes, 43% of the people who ride bikes are female. More of their awesome statistics can be found here: http://www.peopleforbikes.org/statistics.

The former mayor of Minneapolis spoke about the Helsinki model of multi-modal transportation (connecting public transit with bike- and car-share programs) in the opening plenary on the first day of the Summit, and how his city is making progress in that direction. In the same session, the Deputy Secretary of Transportation spoke about the two bills going through Congress this session, Vision Zero in the House and the Transportation Alternatives Program Improvement Act (TAPIA) in the Senate, both which Joni Wilm and I educated Alaska legislative staff about on Thursday.

General recap of breakout sessions: The Cascade Bicycle Club shared how they organize and run their 8-week Advocacy Leadership Institute twice a year. By following in their footsteps, Bike Anchorage could educate a broad swath of the community in bicycle advocacy work. I listened to an inspiring series of local bike initiatives that are starting and spreading across the country, from funding a university bike shop program to using laughter as a tool for bike advocacy. New York City and San Francisco are leading the country in their Vision Zero Campaigns. By creating a task force of police, public health and transportation officials, and local community leaders, these cities are targeting improvements to their deadliest traffic intersections to prevent future accidents.