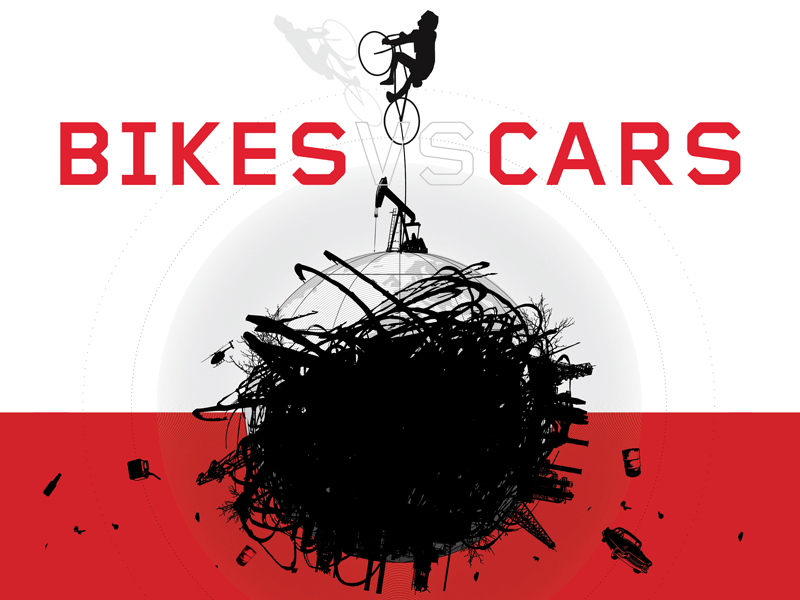 Join Bike Anchorage for Winter Bike Fest at the Bear Tooth Theatrepub for a screening of "Bikes vs Cars." Following the film we'll have a panel to discuss themes in the movie pertaining to Anchorage. Stay tuned for the lineup!

"Bikes vs Cars" sounds like it's drawing the line and you're on one side or the other, but it's really about starting the discussion about how we plan our cities. We all use multiple forms of transportation and it's important to have a city that reflects it all.

Bikes vs Cars depicts a global crisis that we all deep down know we need to talk about: climate, earth’s resources, cities where the entire surface is consumed by the car. An ever-growing, dirty, noisy traffic chaos. The bike is a great tool for change, but the powerful interests who gain from the private car invest billions each year on lobbying and advertising to protect their business. In the film we meet activists and thinkers who are fighting for better cities, who refuse to stop riding despite the increasing number killed in traffic.